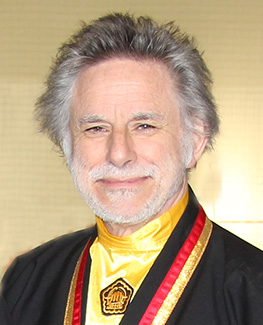 Master Philip has studied and practiced martial arts since 1964 and Kuk Sool Won since 1974. To broaden his knowledge and understanding of the martial arts, he has travelled extensively in the UK, Europe, USA and South Korea, and has had the privilege of training directly under the founder of Kuk Sool, Grand Master SUH, IN HYUK. Since the mid-1970s, Master Philip has played a prominent role in helping to establish, develop, teach and promote Kuk Sool in the UK, appearing on national, as well as local TV. In 1989, he was appointed as a Kuk Sool Won UK Chief Instructor by Grandmaster Suh and presently holds the rank of 8th Degree Black Belt. 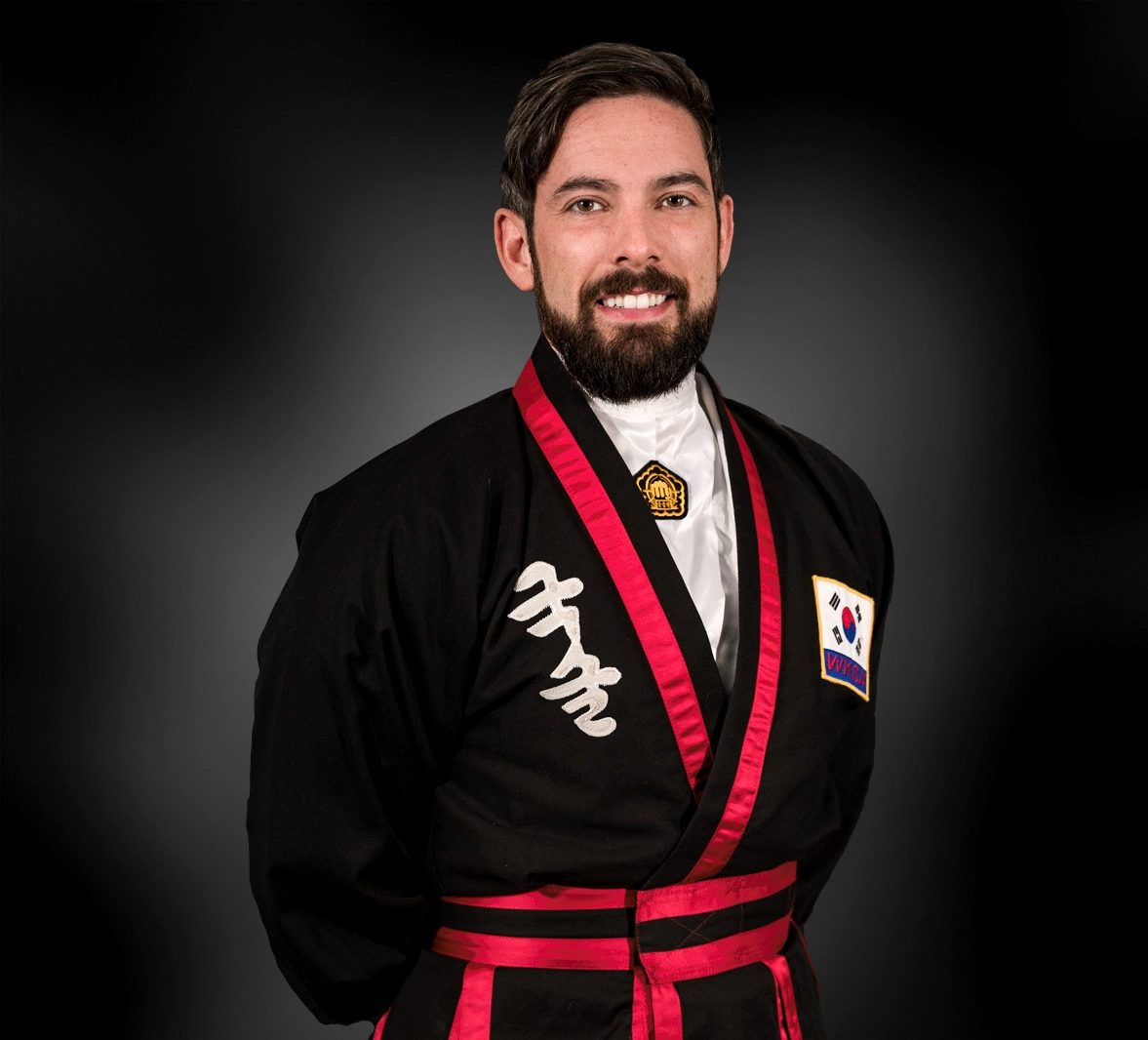 Master Robin has practised Kuk Sool Won since the age of four, and has served as an instructor at the Martial Arts Centre - Eastbourne since 1999. In June 2016, after 24 years of continuous training, he was awarded his 5th Degree Black Belt.

Master Robin is a very accomplished martial arts Instructor, and has achieved outstanding success in UK, European and World Championships. He has been a gold medallist, not only in the UK, but also in the USA and Korea, where in 2002, he won a gold medal for swordsmanship. In 2001 and 2003, he became the UK 1st Degree Black Belt (youth 13-16) Grand Champion and in 2005, at the age of 17, he became the European 2nd Degree Black Belt (adult 17-39) Grand Champion.

In 2007, to further his knowledge and understanding of the martial arts, Master Robin spent six months living, training and teaching Kuk Sool in South Korea, with a renowned 8th Degree Korean master of Kuk Sool. During his visit, he also participated in displays and appearances on Korean TV.

SBN Robin loves all aspects of Kuk Sool training and particularly teaching and seeing children develop and grow in confidence. 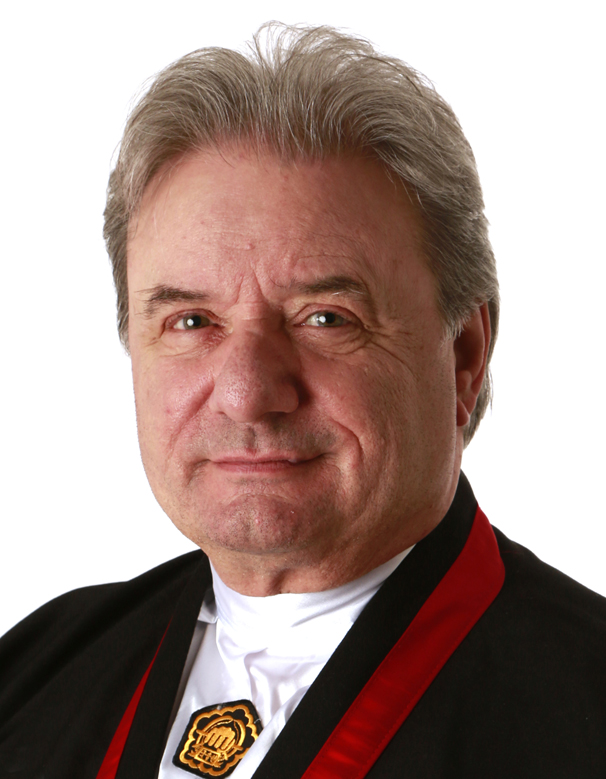 Master Les has studied and practised different disciplines of the traditional Oriental martial arts since 1972, which include: Wado Ryu (Japanese Karate), Wing Chun (Chinese Kung Fu) and Kendo (Japanese Sword). In 1995, he discovered Kuk Sool Won (Korean Martial Arts), and has practised this martial art ever since. In 2000, Master Les became an Instructor of Kuk Sool Won at the Martial Arts Centre-Eastbourne, and in 2005 was appointed as Deputy Chief Instructor of the Centre. In June 2017, after studying 22 years of studying and training in Kuk Sool Won, he received his 5th Degree Black Belt.

Although having a great deal of experience and love of the many different aspects of martial arts training, he particularly enjoys archery, knife- throwing and unarmed combat. He has helped a great many students through the comprehensive Kuk Sool syllabus, and always feels a sense of pride when a student achieves their 1st Degree Black Belt.

Over a period of many years, PSBN Les has been a great ambassador for the martial arts, having participated in numerous displays for the general public at national, as well as local level. Within the art of Kuk Sool Won, he has entered many British and European tournaments, and has been successful in gaining gold, silver and bronze medals in different events, while representing the Martial Arts Centre - Eastbourne. 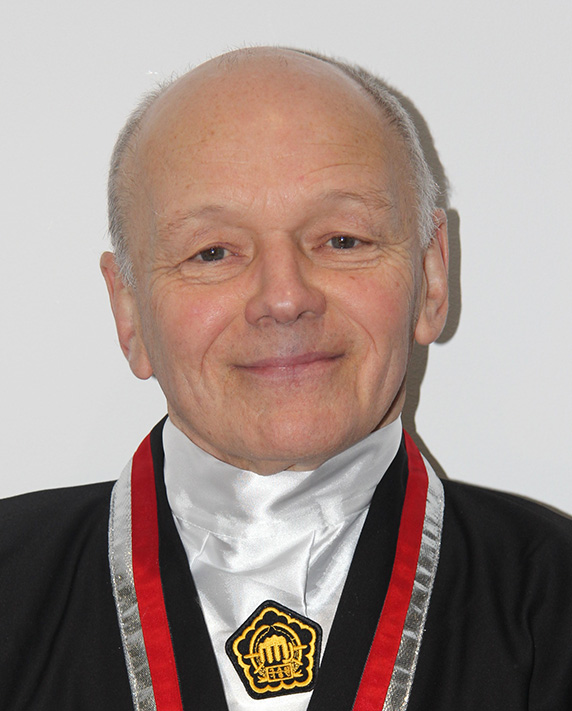 Over the years, KSN Martin has won several medals in Kuk Sool tournaments at the coloured belt level. At the Kuk Sool European Championships in 2008 he won a medal at the 1st Degree level in straight sword form and in 2011, a silver medal at the 2nd Degree level for reverse sword form. Out of over 600 contestants from all over Europe, he was also the oldest entrant in this tournament!

SBN Martin finds the mental concentration that is required in martial arts training very stimulating and enjoys constantly practicing a technique to understand the subtleties of how and why a technique should work. He enjoys applying these principles when teaching beginning students, the fundamentals of martial arts training. SBN Martin’s favourite aspect of Kuk Sool training is self-defence and unarmed combat, and his speciality is knife throwing. His contributions at Kuk Sool displays (especially as a vulnerable old man with a walking stick) are always hugely enjoyed by the audience. 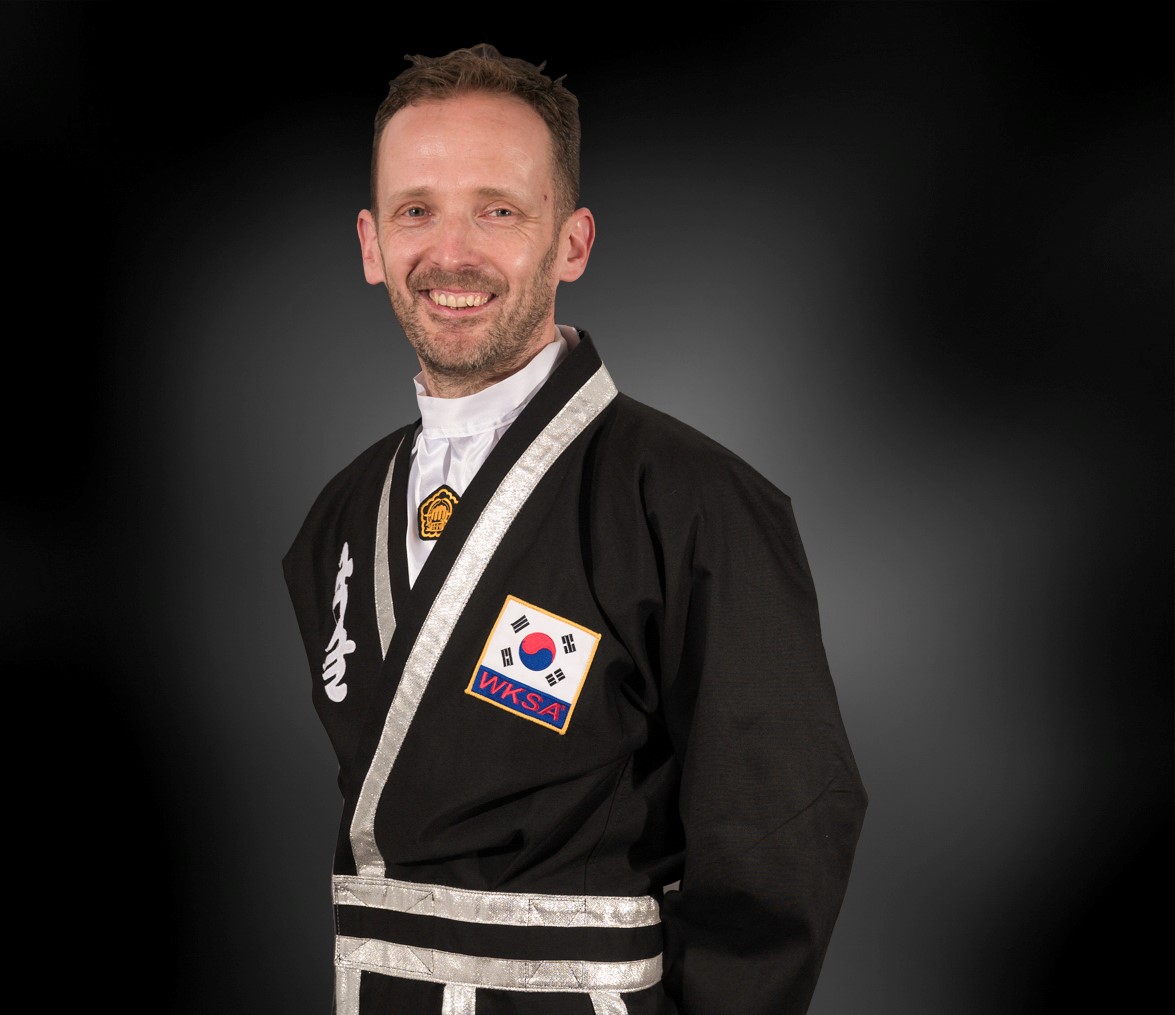 As a teenager, PSBN Stuart studied Shotokan (Japanese Karate) for several years, then after a break from training, in 2003, decided he wanted to do “something new” and discovered the traditional Korean Martial Art of Kuk Sool Won. PSBN Stuart was appointed as an Instructor at the Martial Arts Centre - Eastbourne in 2009. After many years of training and single-minded commitment, in June 2015, he received his 3rd Degree Black Belt.
PSBN Stuart likes all aspects of martial art training, but really enjoys learning and applying ‘vital’ or ‘pressure’ points, which are taught with many of the self-defence techniques, within the Kuk Sool system. He also finds the mental discipline associated with martial art training, as a very positive influence in his life, which brings with it an increased level of confidence and awareness. He appreciates the knowledge of his teachers, and their willingness to pass on their skills, and in turn, enjoys passing on the knowledge and skills he has acquired to Kuk Sool Won students young and old. 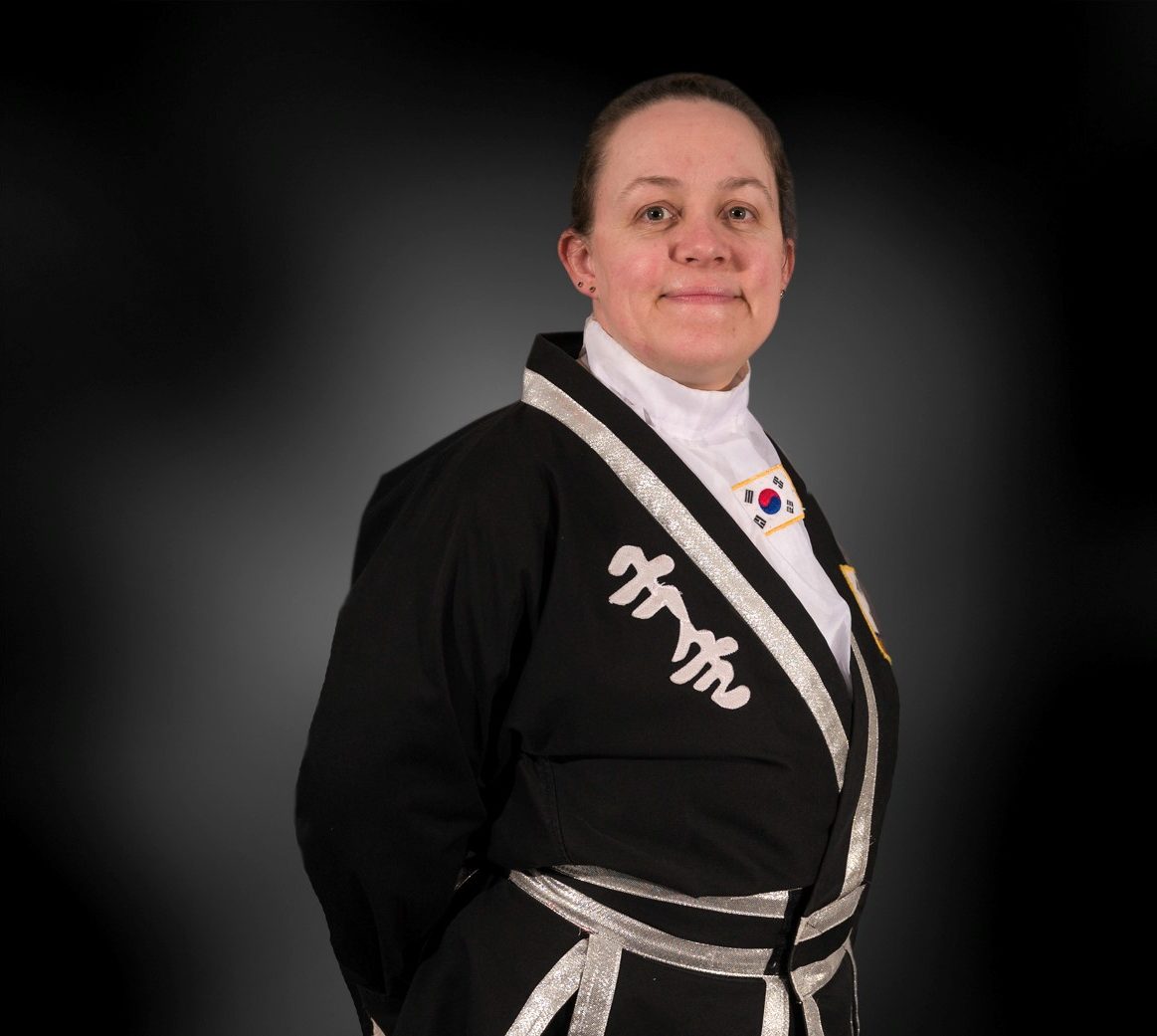 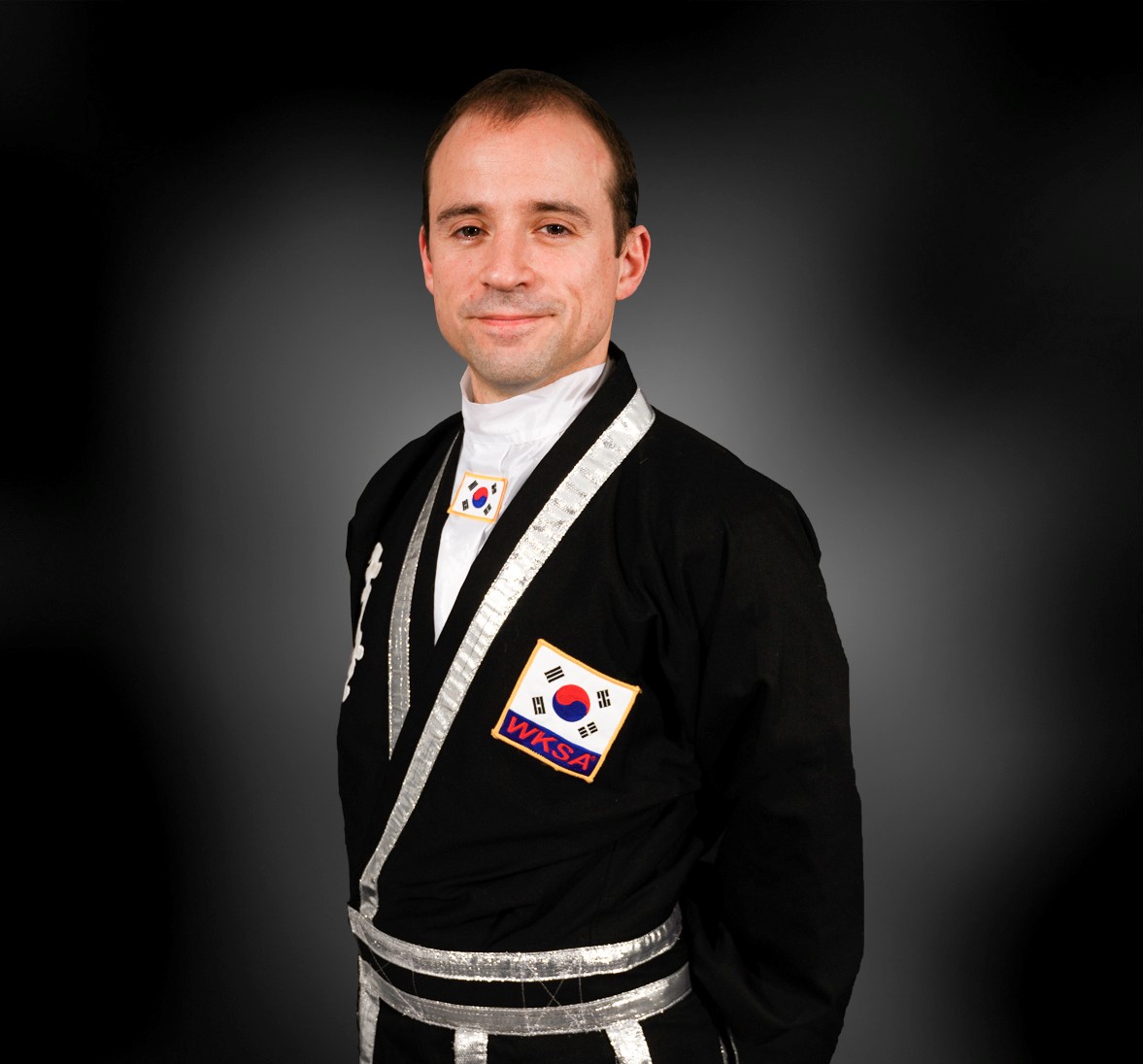 JKN Peter has trained in various martial arts before discovering Kuk sool won in 2013. He has dedicated himself to training and teaching the National Korean system with success in many tournaments and achieving European Grand Champion this year in the (35-39) 1st Degree Black Belt category. He is also a Level 3 Personal Trainer, Fitness Instructor and runs the schools additional Fitness Classes. 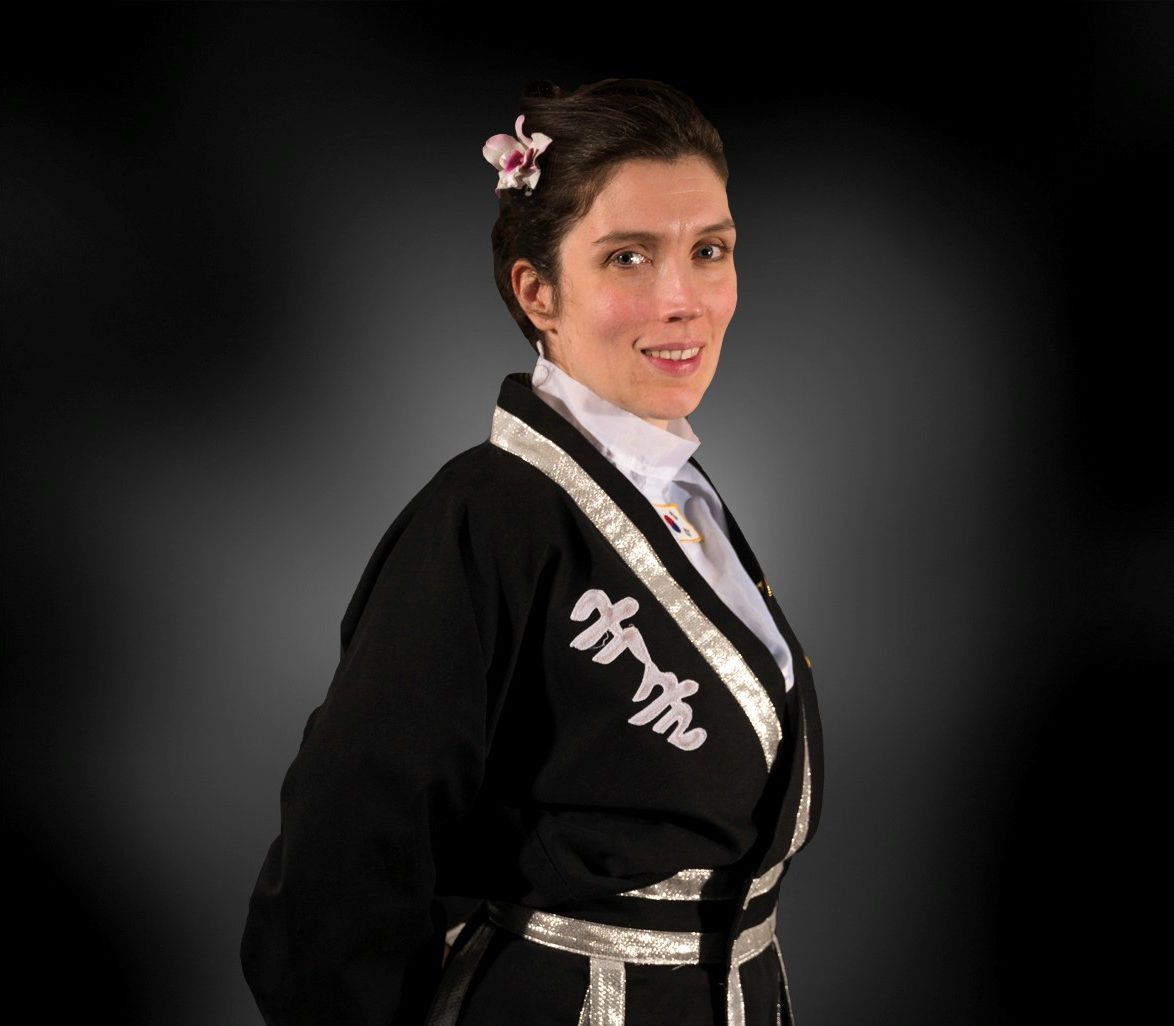 JKN Franziska's previous martial arts background is in Kung Fu and Tai Chi. She discovered Kuk Sool Won in 2014 and as the general manager and safeguarding officer, is the first point of contact for our students and parents. Dedicated to all things Kuk Sool, running our pre-school program, she also regularly competes in the European and UK Tournaments with success. 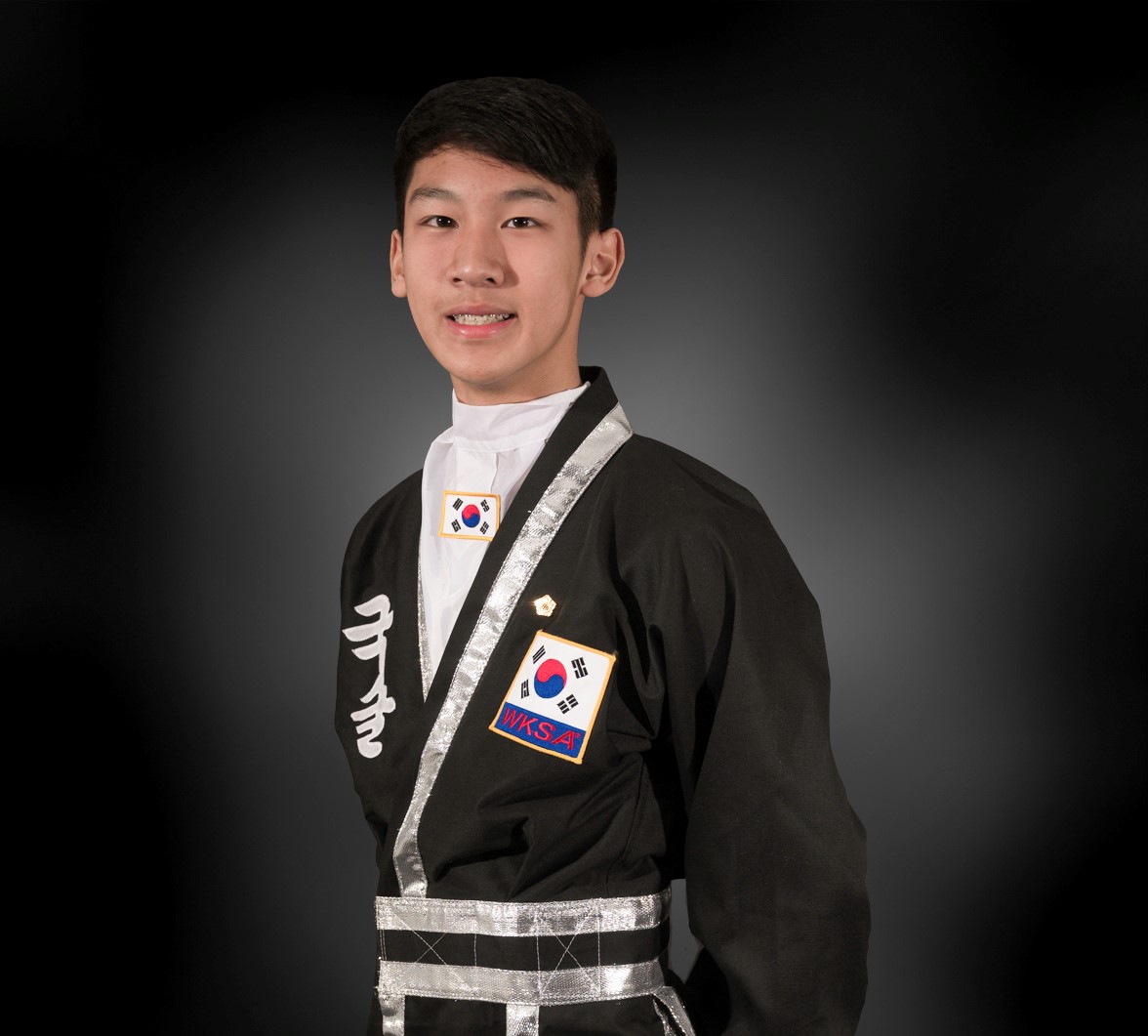 JKN Ivan started training when he was 4 years old. He achieved getting his 1st Degree Black Belt in 2015 and helps out in the Kids classes as part of our Junior Instructor Team. He has won European Grand Champion in 2016 and 2019. 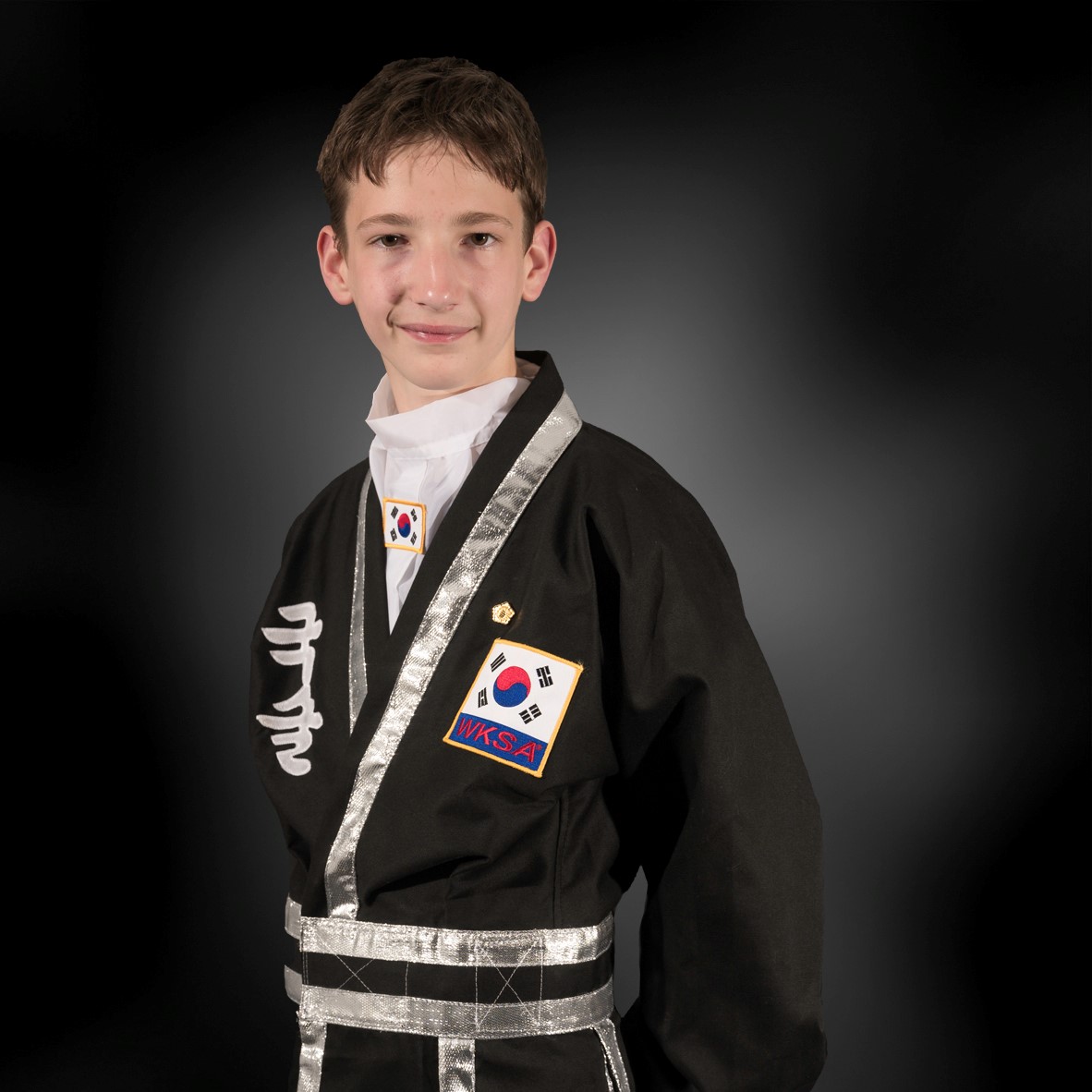 JKN Oliver started Kuk sool won when was six years old and achieved his 1st Degree Black Belt in June 2018.
Alongside his dad he helps teach the Junior classes and has done so for a few years.